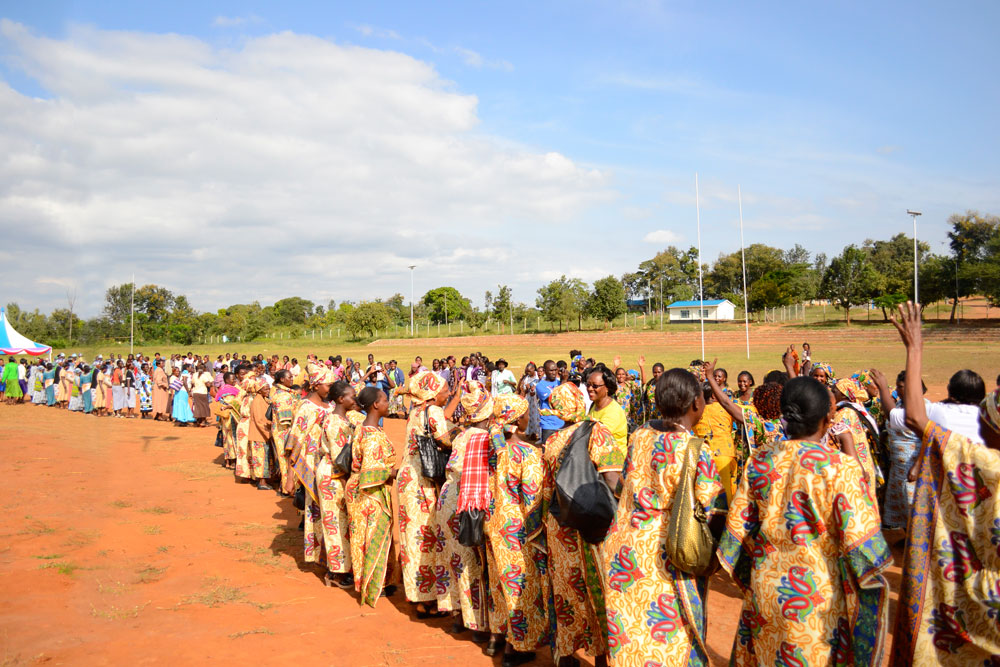 The project has progressively applied the Champions for transformative leadership model developed by GROOTS Kenya to pursue increased and enhanced women leadership and governance in Kenya. The model which was developed in 2008 is composed of a critical mass of organized groups of grassroots women, men & youth who passionately believe and sustainably champion for increased number and enhanced quality of women in elective, nominative and appointive leadership position.

The model strategically targets men’s support for gender equality as a core prerequisite to transformative development. To date the model has contributed to the election, nomination and appointment of grassroots women in decision-making platform such as the County Assemblies, County Executive, National and County committees, institutional boards as well as local administrators. The model is keen at developing the capacities of young girls from urban and rural poor communities through mentorship and skills development with an overall goal of building a transgenerational movement.

Through the model GROOTS Kenya has consistently supported the organized groups to drive demand for accountability from duty bearers. In line with this GROOTS Kenya developed a grassroots women-led Gender tracking framework & tool for counties. The tool has been piloted in Kakamega, Kiambu and Laikipia county in the agriculture, education, water sector. The tool is currently used to generate gender related data in regards to numbers and access to basic services for evidence based advocacy at the counties. The project has from time to time received support from UN Women, Kenya, UN Women-Fund for Gender Equality, Henrich Boll  Foundation (HBF), African Women Development Fund (AWDF),We effect, Diakonia Sweden, European Union & Huaroiu Commission & PACT Kenya.