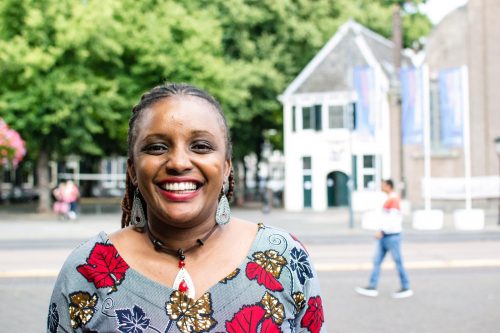 On an exchange visit, in the framework of LANDac professional learning program, we visit Laikipia in central Kenyan, where the ever-expanding white settler ranges or wild parks and the small-scale farmers and pastoralists are competing for land, water and other natural resources. The LANDac fellow from Kenya, Fridah Githuku, Executive Director of GROOTS Kenya decided to focus her research on the impact of these large-scale land-based investments in the conservation sector on women’s rights and gender justice.

For years, Fridah is working with GROOTS Kenya in Laikipia county with a very enthusiastic team of  grassroots women’s champions, building a grassroots women’s movement in Kenya to empower women and strengthen their position in decision-making processes. But this time, we enter the area with a concrete research agenda, a team of researchers and a women’s activist, which puts a fresh light on the dynamics in the region and the way the work of GROOTS Kenya can further align with macro dynamics of systemic inequality.

After a few focus groups discussions and key informant interviews it becomes clear how wildlife conservation has become one of the dominant businesses in the area. The business model is simple: you try to attract donor money for wildlife conservation, but combine these conservation practices with tourism revenues, luxury resorts and beef ranching. As a consequence, wildlife conservation – generally driven by foreign investors, settlers and philanthropy organizations – is an important driver for the rush for land in the region, already covering over 40% of the land in Laikipia county alone and tremendously competing with local livelihoods. 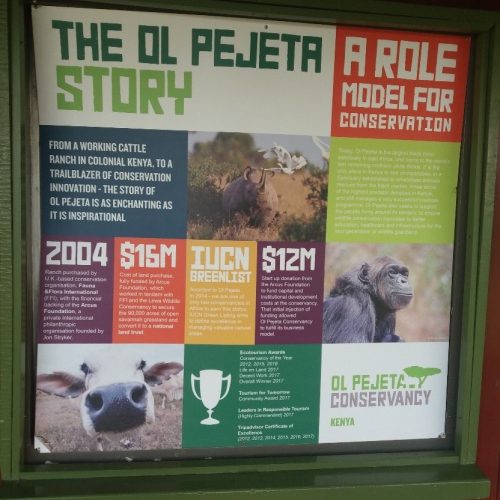 According to the public information of Ol Pejeta Conservancy in Laikipia, internationally known for the protection of the white and the black rhino, the conservancy stretches out over 90.000 acres of savannah grassland. In our discussions with some experts, we find that the conservancy is in permanent search for collaborations with other wild parks, governmental bodies and local communities to expand their area of operation.

As a result of the expansion of conservancies,  land in the area becomes ever more expensive and thus less accessible for local pastoralists and farmers, who build a rural livelihood on less than one acre of land. These competing interests in land contribute to increased inequality in the region. As one NGO practitioner puts it clearly, “how can one entity own 90.000 acres while local farmers or pastoralists don’t even have an acre”(interview 31 October)?

The conservancy is contributing to employment generation in the area and has several so-called Corporate Social Responsibility (CSR) programmes focusing on agriculture, energy, education, health and conservation educations. Discussing the impact of these programmes with community members, it became clear that these programmes are very ad hoc and individually granted to people. They lack meaningful engagement of  local actors to identify their own priorities and to develop a transparent community development agreement.

In addition, elective politics in Laikipia is very much driven by the control of  natural resources. The conservancy investors clearly align with local politicians during campaigns and local elections. As advocated by one of the women’s activists, this limits the decision-making power of many community members, including women and youth, as they only can advance their political agenda by aligning with the conservancy agenda and becoming part of the cartel process.

To make wildlife conservancy beneficial for both investors and local communities, the marriage between wildlife conservancy and community development still needs some further research and combined efforts from the different stakeholders, including community members, civil society organizations, investors and local politicians. The first days of research have at least offered a framework to better understand how land is organized in the region and how the concrete interests of the different stakeholders could be better aligned. The next step is a multi-stakeholder dialogue with the investors, civil society organizations and community members to reconsider the CSR programmes and their significant contribution to community development. 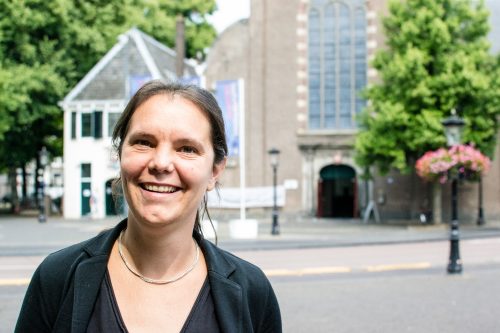 Griet Steel is an assistant professor in International Development Studies at the Department of Human Geography and Planning. She is an anthropologist by training and has been involved in several international research projects addressing the interplay between gender, technology, land and mobility and the broader challenges of sustainable urban development. She has extensive field experience in several Latin American countries (Bolivia, Peru, Ecuador and Nicaragua) and more recently she extended her geographical focus to the African continent. 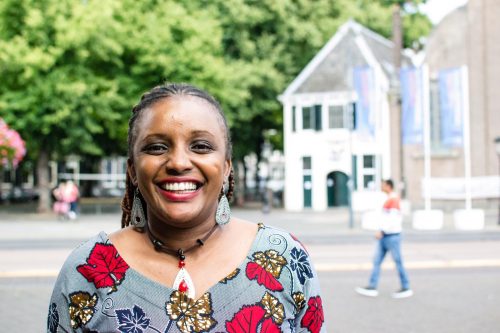 is the executive director of GROOTS Kenya  head of GROOTS Kenya, Fridah leads a grassroots movement that champions land tenure security for women and marginalized groups. Fridah advocates for a bottom-up and rights-based approach toward tenure security and has worked to build and disseminate evidence on the importance of land rights for women through the Women2Kilimanjaro Initiative and LANDac’s Women’s Land Rights Programme. Fridah has a Bachelors in Arts-Economics and Political Science. 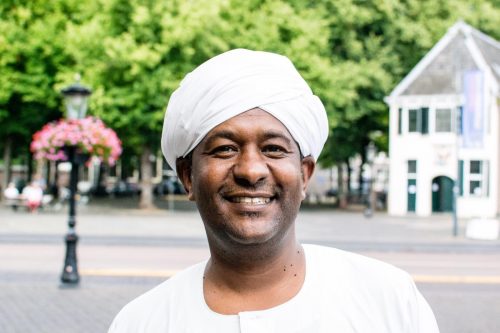 , is the director ESTIDAMA (Centre for land and environmental governance in Sudan). As a land mapping specialist, Salah has worked on land governance for the past seven years. Before he initiated the Centre for Land and Environmental Governance in Sudan (the ISTIDAMA Centre), where he works as a strategist, researcher and lecturer, Salaheldin worked as a manager at the Ministry of Physical Planning. Salaheldin obtained a master’s degree in International Relations, Geoinformation Science and Earth Observations at the University of Twente and a Bachelor’s degree in Surveying Engineering.