“Believe in and go for it.”That’s what has motivated me up to today. 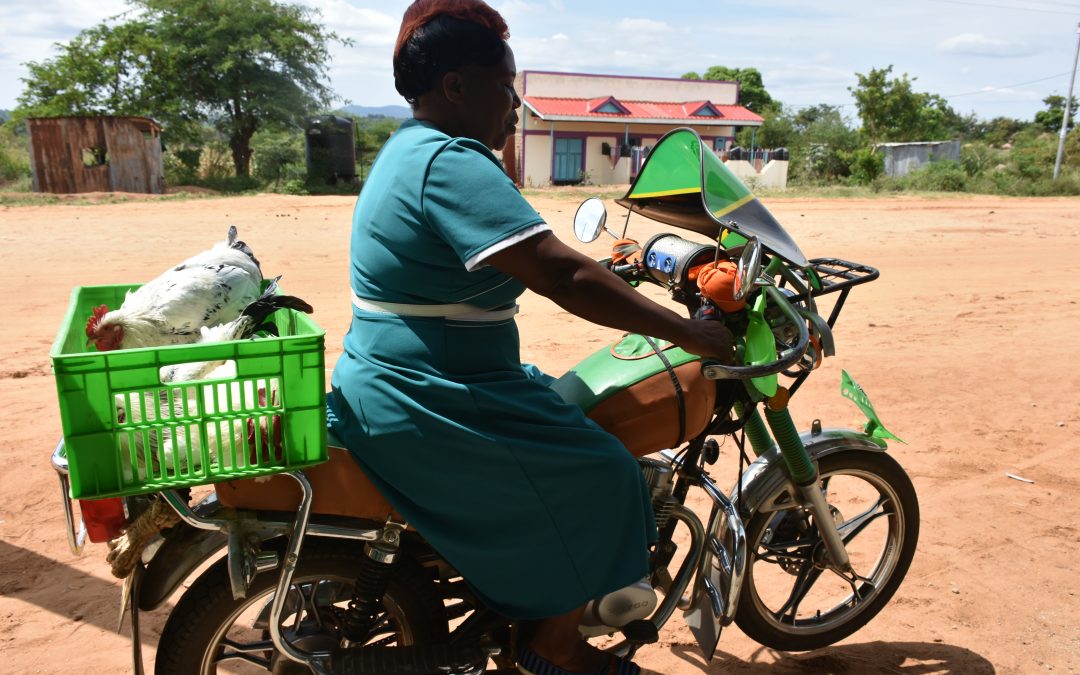 When I started poultry farming in 2014, I was so optimistic about becoming a well-established and Successful businesswoman. All I needed to do was to believe in myself and work hard to achieve this.

I stated poultry farming with a capital of 8,000 which I spent on buying chicks which I would rare for 4-5 months and later sell to the market through brokers.

I later sorted to expand my business but this would require money and hence I approached GROOTS Kenya for seed fund loan through my local Kitui women Group. I was Given 50,000 which I used to buy chicken from door to door in Mulango and later sold them to the market directly.

This step was so encouraging since I got more profit as compared to the time where I was selling through the brokers.

You see, rearing chicks to grow up in order to sale would take too much time and also selling through the brokers was limiting since they would buy the chicken at low price and sold them at high price and right now, with this loan, I no longer had to buy small chicks  since I would buy full-grown ones selling them directly without the brokers.

The brokers would buy the one chicken at 400 or 450 and sold it at 700 or 800 generating more benefit for themselves as compared to the one doing too much of work in rearing.

Within 6 months I was able to repay my loan and applied for another one to help me in transportation since I was getting a lot of orders but was unable to meet the order due to lack of proper of transportation.

Mulango in the rural and in this area, the roads are in a very poor state, we only have 2 matatus operating, one that leaves in the early morning and the one that returns from the market and due to this I was unable to meet supply demands.

I approached GROOTS Kenya for a second loan which I used to buy a motorbike and the rest of the money I spent it on building a small house to place the chicken before transporting them to the market.

After purchasing the motorbike, I was able to meet all the market demands and also acquired tender to supply chicken to 2 hotels in kitui town. within the time I was able to repay my second loan in time and also from the profit I started a retail shop in our village.

Last year I bought a piece of land using from the profit I have continued to make and hopefully maybe by next year, I will start house construction.

Share This
Success stories “Believe in and go for it.”That’s what has motivated me up to today.