“I am glad to be a part of this great movement” 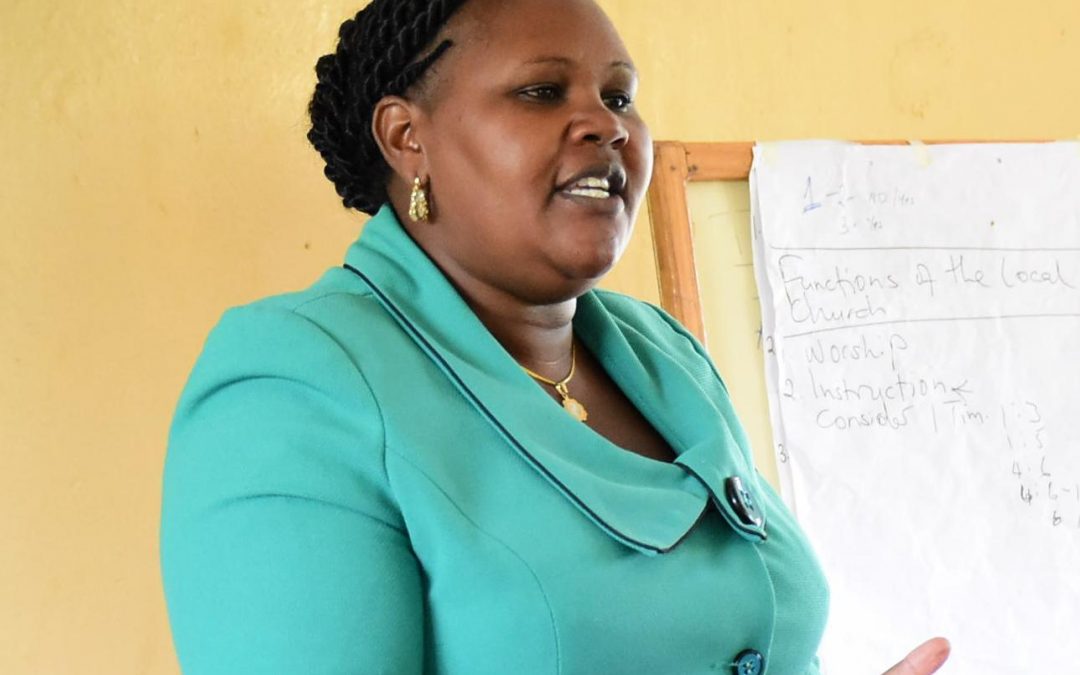 My name is Winrose Nyaguthii and I come from Laikipia East Sub County in Laikipa County. I have been a champion in GROOTS Kenya for the past 19 years and during this time, I have undergone immense personal growth.

When I first interacted with GROOTS Kenya, I used to live in Likii Slums and I was not involved in any community activities.

I first underwent training as a home based caregiver; during the height of the HIV/AIDS pandemic in the country. It was especially bad for people living in slums such as Likii. There were numerous cases of people either infected or affected by HIV/AIDS and there was always someone who urgently needed home based care or medical attention. We worked round the clock to ensure that people living with HIV led a decent life. We sought medicine for them, cooked their food and even bathed some of them.

I put in so many hours looking after people living with HIV/AIDS, I barely spent any meaningful time with my family. Gradually, we started to witness a shift in attitudes and some improvement in health even as we unfortunately lost some along the way. It has been years now and that still remains some of my proudest moments serving my community because I truly feel I touched peoples’ lives in an immeasurable way.

I joined other programs within GROOTS Kenya as the organization continued to expand their base in Laikipia. Currently, I coordinate all of GROOTS Kenya’s activities in Laikipia and I have led the region to become one of the strongest anchors in the GROOTS Kenya movement. GROOTS Kenya affiliated groups came together and bought a piece of land in Likii, Laikipia East where we have constructed offices for hire under the name Likii Home Based Care.

The groups also purchased a 1 acre piece of land in Juakali, Laikipia North where we plan to construct a dam to supply water to the neighboring farms and build a rescue centre for young girls especially from the neighboring Maasai community where female genital mutilation is still rife.

Due to the empowerment, I vied for the position of Nanyuki township Member of County Assembly in 2013 albeit unsuccessfully.

I have also been a panelist on various national and international forums, speaking mostly on the empowerment of grassroots women.

In 2014, I interviewed to join the board of Nanyuki Water and Sewerage Company- NAWASCO. I have been the vice chair since. In my  role as the vice chair, I  lobbied for increased access of piped water to women’s households, the introduction of gender responsive water policies at the county level, and increased number of women in the water management structures.

Furthermore I have pushed for women led water based income generating projects through selling water at “water kiosks”.

In 2015, I was elected by fellow grassroots women to represent them on the GROOTS Kenya board. The following year, I was appointed an ambassador for the Sustainable Development Goals and the New Urban Agenda, both of which we are localising in our communities in a process led by grassroots women. I am also the Chairperson of GROOTS SACCO, a SACCO whose objective is to enhance financial inclusion for grassroots women.

My community has been the recipient of change since GROOTS Kenya set foot in the county with various programs and interventions on climate change and the environment, women leadership, land tenure and property rights among others.

I am really glad to have been part of this great movement because they have opened up numerous opportunities for me and when I look at how far I have come, all I feel is overwhelming gratitude.