“Men are viewed as natural born leaders while women are consigned to servitude; with their main duties being child-raising and household chores.” 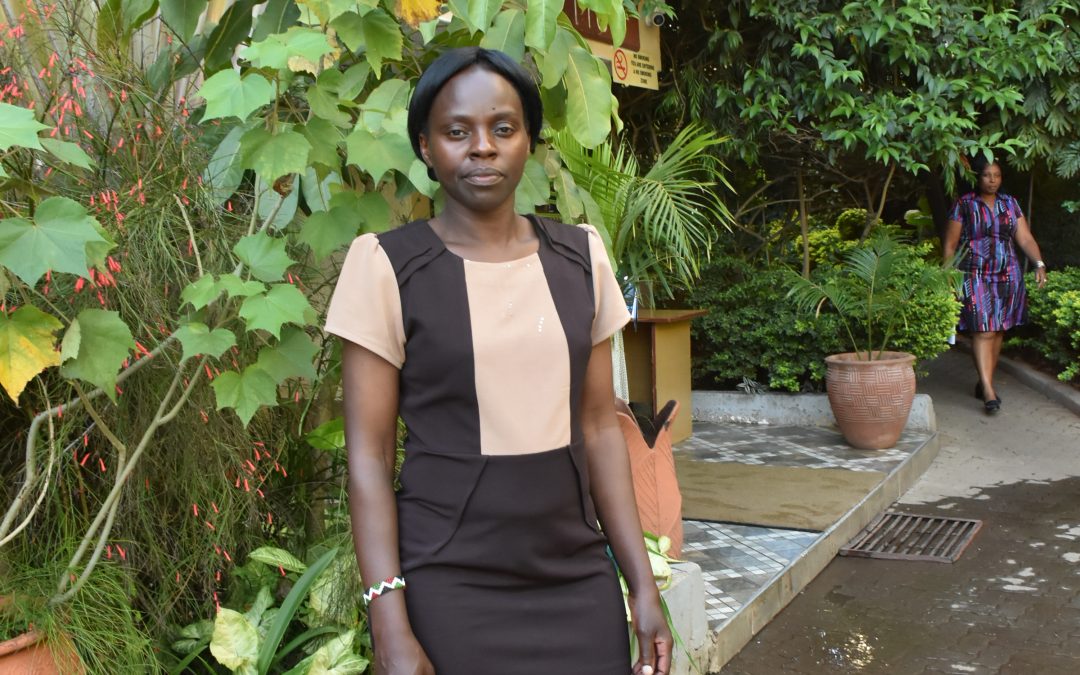 In our community, men are viewed as natural born leaders while women are consigned to servitude; with their main duties being child-raising and household chores. An independent woman is viewed a threat, so women grow-up known as the helpers and are not supposed to overtake men; they should stay behind and watch. To be an independent and strong woman is viewed as being too masculine and that is unacceptable to society.

Before joining GROOTs Kenya in 2012 as a public land enumerator working in Lari sub-county, Nyanduma ward. I was a community mobilizer volunteer in reproductive health under Population Services International and a volunteer teacher at Gatamaiyu Centre for adults. I never considered taking an active role in community leadership but after joining GROOTS, I was challenged to become more actively involved in my community’s affairs.

At the conference I was given a platform to share my experience as a grassroots community leader to highlight on how women leadership is perceived in the rural areas in relation to education, economic status and family background.

The typical African society is highly patriarchal and this has served to discourage women from becoming leaders, while also lowering their probability of actively engaging in leadership and politics. Once a woman is in leadership, she is scrutinized more than any her male counterparts. Society looks at and comments on her family, level of education and economic status yet they do not do so for a man in the same position.

Despite this Women are rising and defying the patriarchal setback and all this thanks to the support GROOTS Kenya has given to women like me to actively take interest and participate that concern me both at the local and national level.

Share This
Success stories “Men are viewed as natural born leaders while women are consigned to servitude; with their main duties being child-raising and household chores.”