Women and girls are also vulnerable to violence when gathering wood and other cooking fuels, leaving them to face the impossible choice between protecting their personal safety or feeding their families. 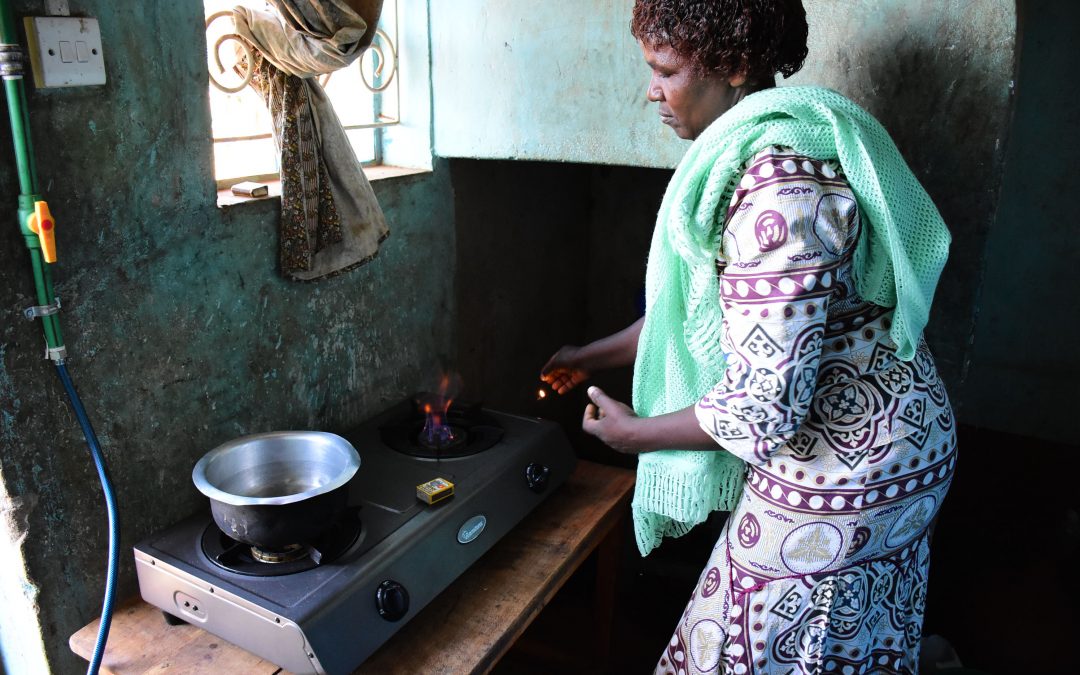 The use of open fires and solid fuels for cooking is one of the world’s most pressing health and environmental problems, directly impacting close to half the world’s population and causing nearly 4 million premature deaths each year.

Women and children are disproportionally affected by this massive global challenge, suffering from toxic smoke, Inefficient cookstoves don’t just harm their health alone. The amount of time spent gathering fuel and tending fires while cooking is time that could otherwise be used for school, work, play, or rest. This so-called “time poverty” only perpetuates gender inequality.

Women and girls are also vulnerable to violence when gathering wood and other cooking fuels, leaving them to face the impossible choice between protecting their personal safety or feeding their families.

Before being trained into a clean cooking champion by GROOTS Kenya, I mainly used to cook with firewood and 3 stones (Mawe Tatu) as my main source of cooking energy, this would involve long hours of fetching firewood and sometimes   spending quite an amount on buying fire wood which was expensive and unreliable source depending on seasons. Firewood use at homes was also unhealthy, as firewood produces  a lot of smoke that results into eye problems , persistent coughs and sometimes even tuberculosis and the roof of the house also damaged , However this seized to be the case after being mapped out as a clean cooking champion and trained  on the use of Clean cook stoves and its importance , currently I use technology  energy stoves for cooking , its clean, saves time and saves energy, my children are no longer affected by smoke when doing their homework.”

Jennifer Mutinda a teacher and clean cooking champion also shares her experience on shifting from using  firewood into use of biogas and how this transition has really helped her,” 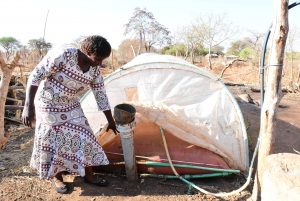 Ever since I started using biogas in my house life has really changed , I use the biogas for cooking and lighting and this has enabled me to save money on fuel as biogas is renewable, cleaner and cheaper energy source, especially for cooking, as compared to alternatives such as firewood and kerosene. Before using firewood, I used to cook with firewood which harder to manage, had strong flavors, took long to prepare food and its was non- renewable making it expensive and non-friendly to the environment and my family due to the smoke produced.”

Although improved cookstoves and cleaner fuels can reduce indoor air pollution and its associated health problems, it is not easy to change the way communities have cooked for generations, and better stoves and fuels are not affordable for everyone.

From a community generated study that we conducted, it showed that approximately three quarters of the households surveyed in kitui , were aware of the availability of clean and efficient cookstoves. However, 50% of those were unable to afford the initial financial investment. Of the households that had already purchased a more efficient stove, 73% did not use it for everyday cooking due to the high cost of fuels. Although traditional, open fires were still used by 67% of households, 74% expressed interest in purchasing an improved stove – such as the Kenya Ceramic Jiko (a low-emission charcoal stove) – in the future, which indicated a desire to practice clean cooking.

From the survey , we are advocating  for the benefits of adopting clean cookstoves and fuels in order to reduce the health problems associated with traditional cooking methods by the grassroots women  and also advocating  for increased adoption of clean stoves and fuels in  county  in Kenya through the inclusion of clean cooking initiatives in  county plans and budgets.

Share This
Success stories Women and girls are also vulnerable to violence when gathering wood and other cooking fuels, leaving them to face the impossible choice between protecting their personal safety or feeding their families.